All microphones can be divided into three main categories of their directivity:

For each pattern of directivity, we have made a special diagram to clearly show how a particular type of microphone captures sound signal. Zero degree is the frontal direction relative to a microphone, which, in turn, is located in the center of diagram.

Microphone with circular directivity. It has the same sensitivity to sound signals coming to it from all sides.

Usually such microphones are used as built-in devices. It could be a webcam or built-in microphone in a laptop.

These microphones should be used carefully, depending on a situation. Such a device is suitable for use if, for example, you need to capture ambient sound, or you are alone in a quiet room. Otherwise, consider using a microphone with another directionality.

A more complex category that can be divided into several subcategories:

This type of directivity does not capture sound from behind. 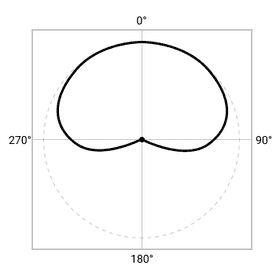 Such devices are suitable for recording sound in noisy rooms or on stages, if there is no need to capture sound from the audience.

Compared to cardioid, it is more sensitive to the front direction, but slightly captures sound from behind a microphone. 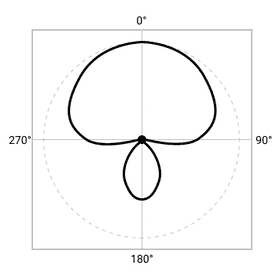 It can be used in cinematography or on stages to partially capture sound from audience.

Very often confused with supercardioid devices. Unlike them, hypercardioid ones have an even narrower directivity at the front and greater sound capture at the rear. 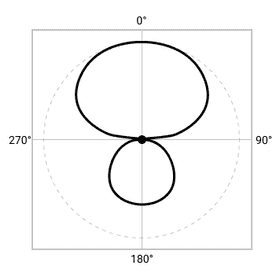 These devices provide maximum sound insulation and have the least sensitivity to room acoustics. On sides of these microphones there are "dead zones" that do not capture sound, that may represent unnecessary noise.

Such microphone has to be pointed directly at a sound source.

They have a very specific shape, which allows to record voices of actors with high quality. 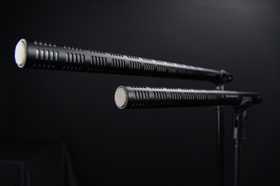 You can see supercardioid and hypercardioid microphones on film sets.

Or you may come across name "Figure-of-eight". Such devices receive sound signal from front and rear equally, and sensitivity on sides is almost zero. 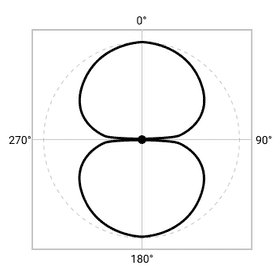 Microphones of this directivity type can be used for recording interviews, podcasts when companions are sitting opposite each other, or for a vocal duet. 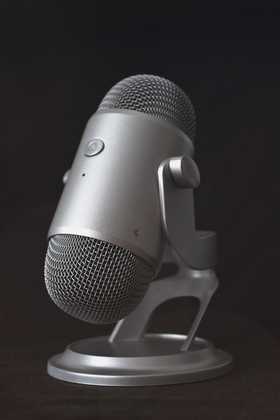 This directivity type cannot be classified into any particular category, since multidirectional devices combine all three directivity patterns at once, between which you can switch. To do this, devices have a physical switch that will allow you to change type of directivity.

Such devices solve complex tasks and are often bought in order to save money.